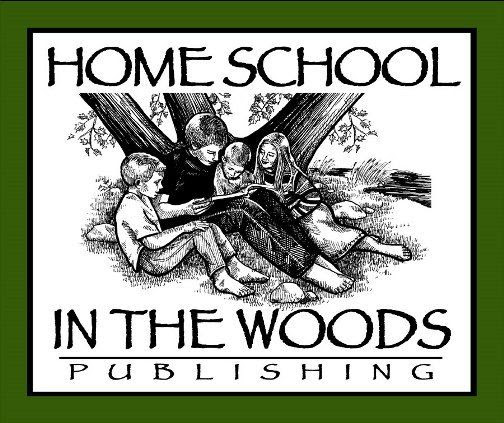 Hey everyone I'm kicking off the new year with my very first Crew Review of 2016. The first product comes from Home School in the Woods . We have had the great pleasure of reviewing HISTORY Through the Ages Hands-on History Lap-Pak: U.S. Elections. Like everyone else the girls have notice all the election stuff on TV, who could miss it right. They have begun to ask questions, about why we have elections and how they work. This lap-pak has been a great way to introduce it all to them

HISTORY Through the Ages Hands-on History Lap-Pak: U.S. Elections will introduce your kido to the United States presidential election process. It uses hands-on activities to briefly take your kido through how our country's government was established and through different aspects of a presidential campaign and how to pick our president here in the USA. It comes in CD format or you can get a downloadable version. We received the downloadable version right now it sells for $18.95. Not a bad price for a cool lesson that really has a lot in it. 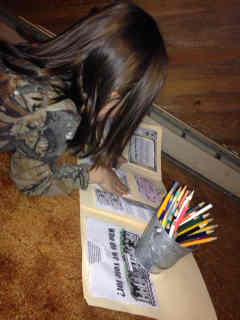 See I told you it had a lot of great stuff in it. Downloading was simple. It came with directions on how to unzip the file. I just saved it to a folder on my computer. Then I printed off the Instructions and Directions page, Lapbook Project Masters, and Reading Text pages. Then I realized that a Lapbook meant that we would actually be making a book out of a file folder. We had to make a trip to the local store to get some file folders. Our store did not have the cool colored file folders so we just got plain ones. Be sure to get a lot of double sided tape. We made two of these Lapbooks and we used 2 roles of double sided tape and ended up gluing some things on because we ran out. So pick up extra you can always use it later.

You have some different option when printing the lap-pak. I choose the pre-printed formats instead of the blank lines to write on. Both of the girls are younger and I was afraid it would be too much to write everything out. Even with the pre-printed options there is still some writing to do. Turned out to be a good choice for the girls.

When you first take the stack of papers out of the printer it seems a little over whelming, but don't fear there are great directions. I took the papers for each lesson and stapled them together. This made them easy to find when we got to that lesson. We started off at the beginning and just worked our way through each lesson reading explaining and discovering as we went. As we completed each lesson piece, we stored in a ziplock bag to assemble into the lap book at the end. The girls found most of the explanations easy to understand. Though there were one or two that were a little over their heads. Of course they are only 1st and 3rd grade, so I don't expect them to remember everything we talked about right now. They loved how hands on everything was. We did cutting, pasting and taping basically every day. Lots of coloring too. I would like to mention there are a couple things that need to be cut out with an X-Acto knife. I am going to recommend an adult do this part. Some things were suppose to be printed on colored paper but if you don't have any just color the pictures. I only ever heard one complaint through the entire lap book and that was because it was 60 degrees out side and they just wanted to play.

There is also a booklet that you make for the kids to read. Its made to be printed double sided on on single sheets of paper. I went for the double sided option just because it seemed like a good idea. It has all the information that is needed to fill in those blanks on the lap-pak lessons. Its a great booklet, It was well written and most of it was fairly easy for my 8 year old to understand.

Assembling the Lapbook was easy with the directions that were included. The directions even include pictures on how to assemble the hole lap book. Big bonus since this was our first lap-pak and I had no idea how to assemble the thing.  You have to do a little cutting and taping of the file folder but that's probably the hardest part of the hole assembly. You will want to pay attention to which side of the flaps things are stuck to. Since we clipped all the completed lessons together in a bag it went fairly quick. Now the girls have a great resource to look back on if they forget any of the information. The Lapbook also makes a great item for portfolios. 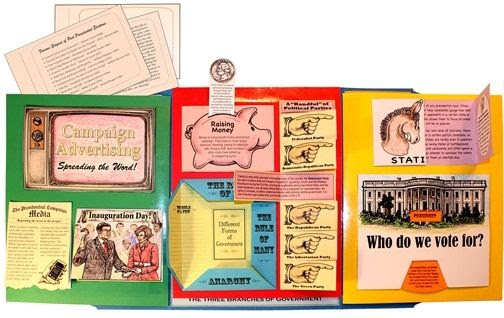 So this is what part of your Lapbook should look like. Nice right ! 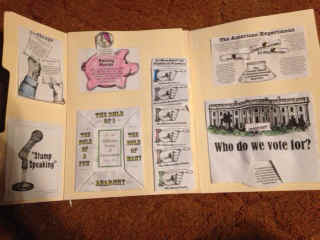 Now this is ours. As you can see we are not quite finished with it we have just a couple more things to do. We didn't have any colored paper to print some of the things on so the girls opted to color in the pictures to jazz it up a little and they are still working on coloring in everything.
If you have a child that does better with hands on learning. One of these lap-packs is the way to go. They offer so much information and I can see us doing a more of them in the future.


I want everyone to click on the link below and see what all the other Crew Reviewers are saying about these great Lap-Paks.