A lunch date with my loves

I took a little rocket ship trip with my two favorite people. We had a lunch date at McDonalds, I snapped this photo as they were waiting in line to trade Snoopy's toy. When they buddy up like this looking out for each other It makes me proud then I remember whey they get this chummy it usually means they are up to something. This time they were coming up with a plan to convince me to let them get a hot fudge sundaes. 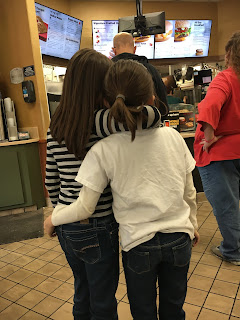 I am truly blessed to have two amazing daughters. A momma couldn't ask for two better side kicks. They always have each other backs and I always have theirs.
Posted by Julie at 4:14 PM No comments: 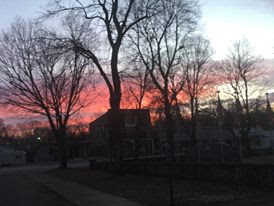 We were below freezing for 14 days here in our home state night time temps were in the negative numbers and day time temps were in the teens. Things that don't normally freeze froze. Me and the girls took a trip to one of our favorite swimming holes because we heard that the waterfall had froze over. The area where we are on the Ice is thick, around 6in. Since this is one of our regular swimming holes I knew the water was no deeper than my youngest knees. We had a good time observing under water life through the ice. We also discovered a flash light and a flip flop. 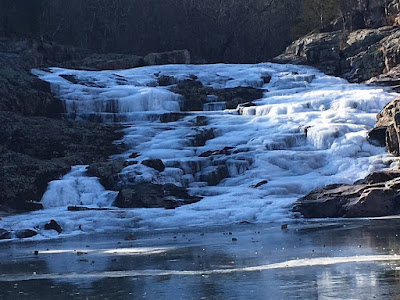 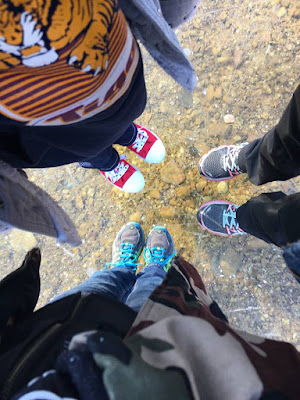 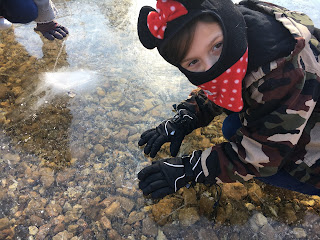 Mom the fish are still swimming under here 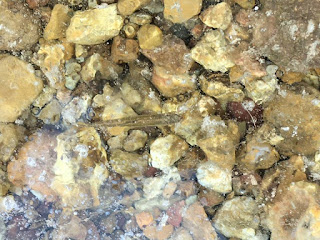 Check out the fish.

What do your cold weather Shenanigans look like?
Posted by Julie at 3:00 PM No comments:

I kicked off the new year by spending some time in the shop. So I thought I would do a little up date on my 65 mustang project this week. Once I got into the car I discovered some serious frame damage. Salt and snow had caused a good amount of damage to the frame. Both front frame rails were badly damaged and their is a short section on both rear frame rails that also has some rotted out spots. For the last couple weeks I have been working on repairing some of that damage. The first picture you can see the outer frame rail is basically gone and you can see a hole in the bottom. This had been patched at some time but it was no longer sound. I ended up replacing a little over a foot of frame on the drives side. 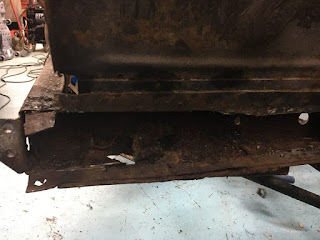 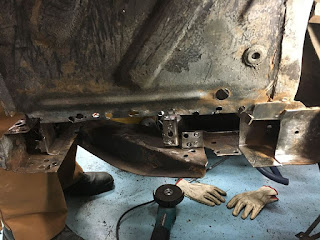 I cut out the spot welds on the old frame section. Took some time to get it all separated from the existing metal with out doing damage to parts that are still sound. 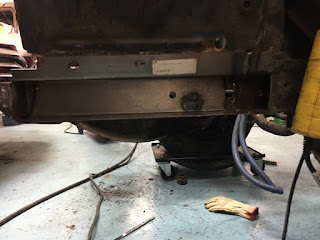 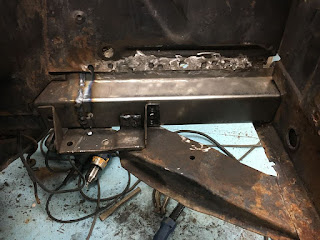 These last two pictures show the outer frame patch in place. I still have to dress out the weld some so it blends in with the original frame. I also have to put on outer frame rail that will seal it back up and make it strong again. All in all the patch came out well. I hope to get the outer patch on this weekend and begin the work on the passenger side.